Quotes from a giant: Jack Ma 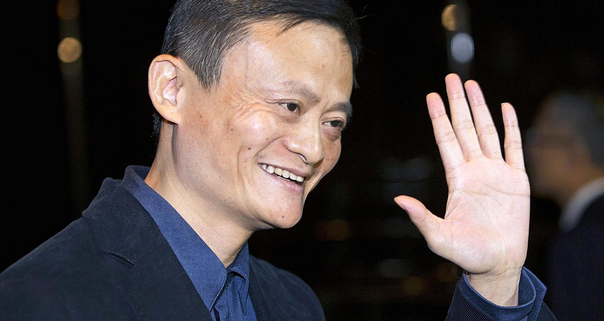 When Chinese E-commerce giant Alibaba Group sent shockwaves throughout the world with the largest IPO in US history, it also made Jack Ma, chairman of the group, an instant billionaire. Jack Ma’s perseverance through Alibaba’s first years allowed a seemingly fairy tale to be written. Rags-to-riches stories often speak of relentlessness and hardships. Jack’s story echoed these qualities too, and revolved around another element – Trust. During an interview with CNBC after the successful IPO, Ma said, “Today what we got is not money. What we got is the trust from the people,” validating Alibaba’s credibility.

It’s all about trust

“Trust. Trust us, trust the market, and trust the young people. Trust the new technology. The world is getting more transparent. Everything you worry about, I’ve been worrying about in the past 15 years … I want to tell the investors, we take care of them,” Ma said.

Jack Ma’s vision and his life philosophy also reveal how much of a learned man he actually is. Experiencing ups and downs throughout the 15 years of building Alibaba Group, Jack Ma’s insights not only offer alternative views, but also embodies a sense of grit and perseverance. Here are 10 quotes that reflect that:

On work and cultivating talents

1.   “Work is actually a lot like being in a relationship. There is joy, happiness, passion, but also moments when frustration builds up. There are times when you ponder about giving it up, but you’d still be hesitant about it. You’d feel excitement and happiness when things go smoothly, but the complete opposite when the situation goes south. You’ll feel better if you see your work as being in a relationship. It would definitely bring about a new perspective, objectivity, positivity and rationalism.”

2.   “Working in a good company is bound to be stressful . It is only through constant pressure and setting a high benchmark that results in good employees. The pressure of being in company that is under performing is also high, but that kind of pressure is undesirable. It is impossible to build a large company by just using blood, sweat and tears. In today’s context, employees are smart, and those being in an unfavourable position would leave. It is up to the company to create a culture to retain and cultivate staff, as it’s the work culture that is the key to doing so. “

3.   “Ingredients to success are actually: having a talent team, going through failures, a lot of frustration, a hint of luck, a never dying spirit and constant trial and error. Having a vast capital, world-class technology and resources, on the other hand, do not matter as much.”

4.   “To make sure a company doesn’t age and make no mistakes, I chose to believe the younger generation. By believing in them, you also believe in the future.”

5.   “In 2001, I made a mistake. I told 18 of my fellow comrades whom embarked on the entrepreneurship journey with me that the highest positions they could go was a managerial role. To fill all our Vice President and Senior Executive positions, we would have to hire from external parties. Years later, those I hired were gone, but those whom I doubted their abilities became Vice Presidents or Directors. I believe in two principles: Your attitude is more important than your capabilities. Similarly, your decision is more important than your capabilities!”

6.   “You are able to learn more by observing silently.”

A window of opportunity

7. Ma’s first encounter with the Internet in 1995, when he first went to America:

“I’ve never touched a keyboard before. I was not using computer and I say, ‘What is Internet?’ He said, ‘Jack, you know, search whatever you want on the Internet.’ I said, ‘How can I search? What does search mean?’ He said, ‘Just type.’ I said, ‘I don’t want to type.’ Computers so expensive in China, I don’t want to destroy it. He said, ‘It’s not a bomb. Just type.’ So, I typed the first word,”beer.” At that time, Internet was very slow, but all sorts of results came on. American beer, Japan beer and the German beer but no China beers. So I was curious and typed, “China.” No China. No data. I went back to Hangzhou with $1 in my pocket, scared, worried and said, ‘I want to do something called Internet.’”

His take on life

8.  “I always tell myself that we are born here not to work, but to enjoy life. We are here to make things better for one another, and not to work. If you are spending your whole life working, you will certainly regret it. No matter how successful you are in your career, you must always remember that we are here to live. If you keep yourself busy working, you will surely regret it.”

9: “Always do what you believe in, even when you’re the only person who believes.”

Coming back from failures and not giving up
Jack Ma, on failing college entrance examinations twice:

10:  “My parents did not want me to take the (entrance) examinations. They believed that I would fail again. It really affected me a lot. I failed for the first time, and then I ask
for looking for jobs. I went to interview jobs for about ten or 15 times and all reject by people.”

Ma succeeded the third time and became an English teacher.

Lookin for great IT SUPPORT & SERVICES? Call the C

If you have missed out on our story yesterday, cli

In challenging times like these, we can’t be mor